Just the way Gann produced his original forecasts, our forecasting blends Gann’s “Curve #1” and “Curve #2” techniques with the trend direction and duration prediction of the Arcana. Besides the overall direction and curve of the market for each year, we can then get specific enough to predict isolated times when the market would trend, stop, chop, top, and bottom.

Our W. D. Gann annual forecast is released each year before the year’s market activity in our “Empire” Newsletter. “Empire” blends Gann's unique method of forecasting the annual pattern of the market for the upcoming year with technical analysis of the US Equity Indexes. We then add economic, fundamental, and other relevant proprietary analysis by a CMT to give each year’s forecast and market segment a confidence level. Rounding off the forecast is a list of market picks including sectors, individual issues, commodities, weighting, and hedging suggestions including intermarket analysis.

The W. D. Gann forecast below was released in March 2020, and forecast the upcoming year from March 21st, 2020 through March 21st, 2021. "Arcana" trend duration and direction predictions, turn times, and polarity line trades compliment the forecast to provide detailed action points. The forecast started by accurately predicting the market run up from late March to May. 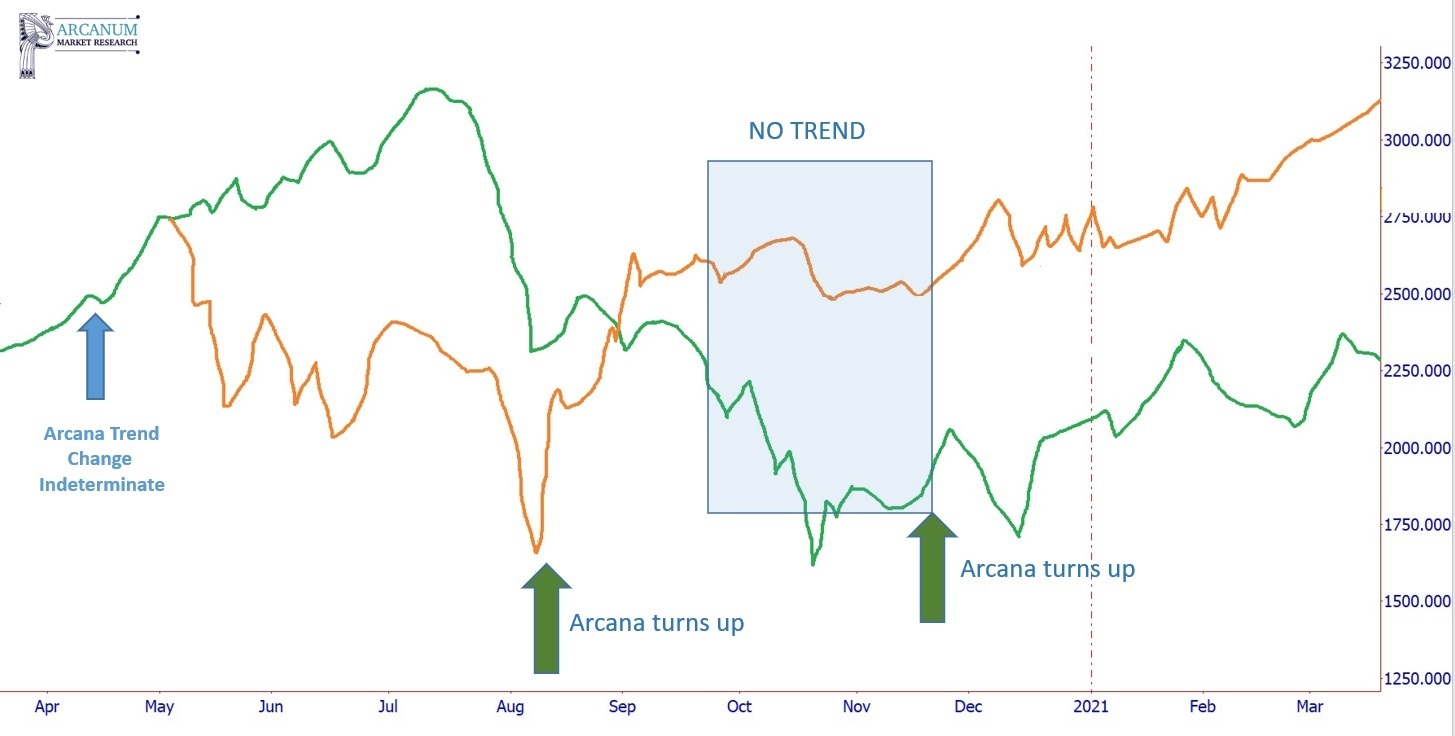 The forecast for 2020 was another instance where W. D. Gann's Curve #1 (green line above) and Curve #2 (orange line above) did not completely match. Gann illustrated these curves separately in his 1929 "Supply & Demand" Newsletter. By March 21st, we have confidence the market is bouncing into April 8th. Both curves agree up to that point. Then they fork- human choice will take us on one road. By May 5th, we are certain we are on the high road following the green line curve. The market will then continue to follow the green line until March 2021.

The market did as forecast, soaring into the end of July on the green line. At that time we recommended all positions relating to US Indexes underweight or flat (if possible) due to the forecasted decline into the August 7th bottom/UP Arcana. That decline failed to materialize and instead paused.

2020 has been an accurate forecast, especially taking into account an indeterminate Arcana to start and Curve #1 and Curve #2 disagreeing. 2020 is a perfect example of how W. D. Gann interacted with his subscribers regarding a difficult forecast. He would focus on taking action during the points most certain and advise caution during those times that were inharmonious or vague.

Our 2019 Empire newsletter was released in February 2019, prior to that year's market action. The forecast predicted the annual movement of the US Indices for March 21st, 2019 through March 21st, 2020. Though the pitch of the actual 2019 data is distorted by the cataclysm at year's end, as you can see the forecast below was dead-on for 2019, minus the apocalypse at the end. See below for explanation. 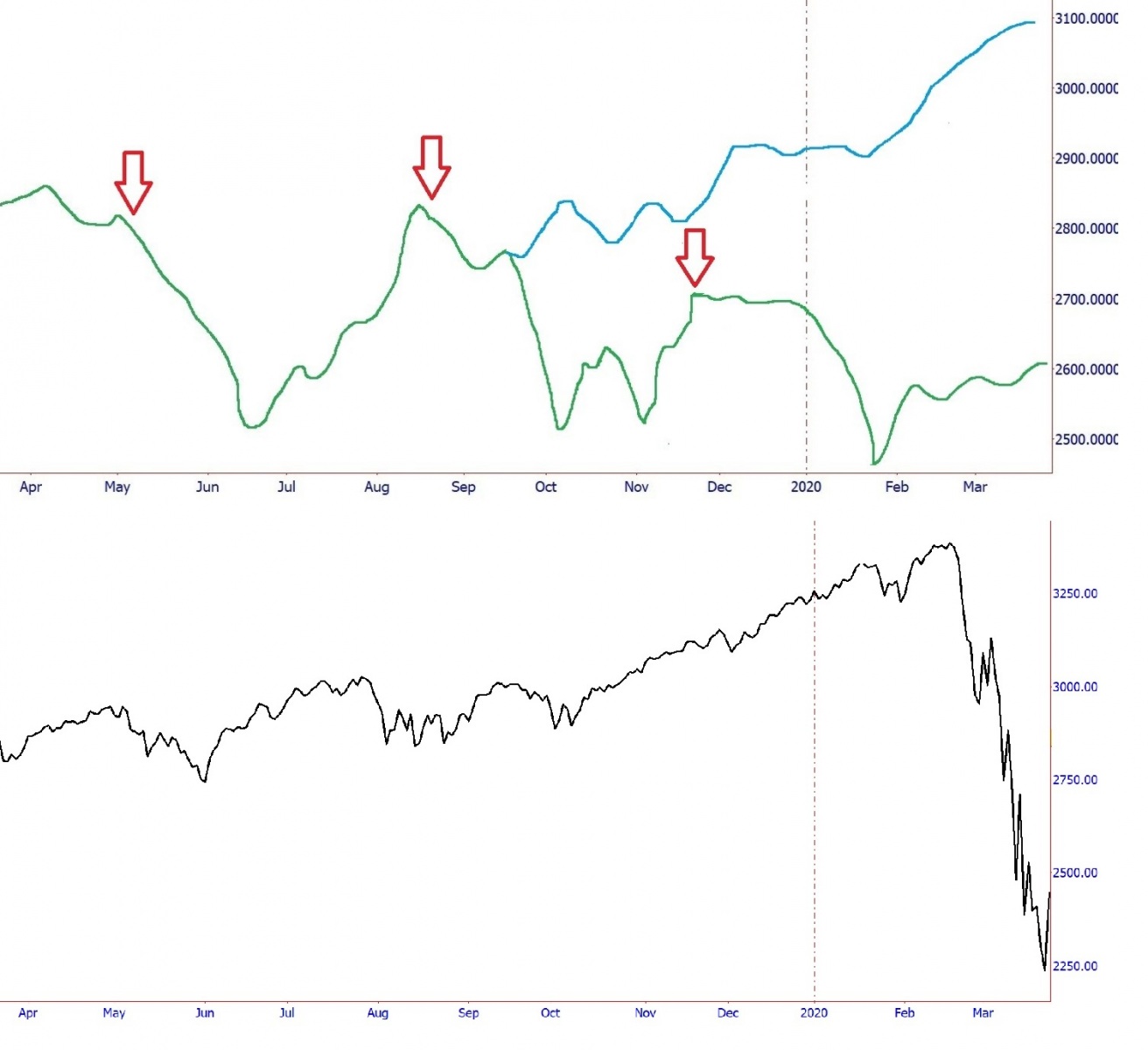 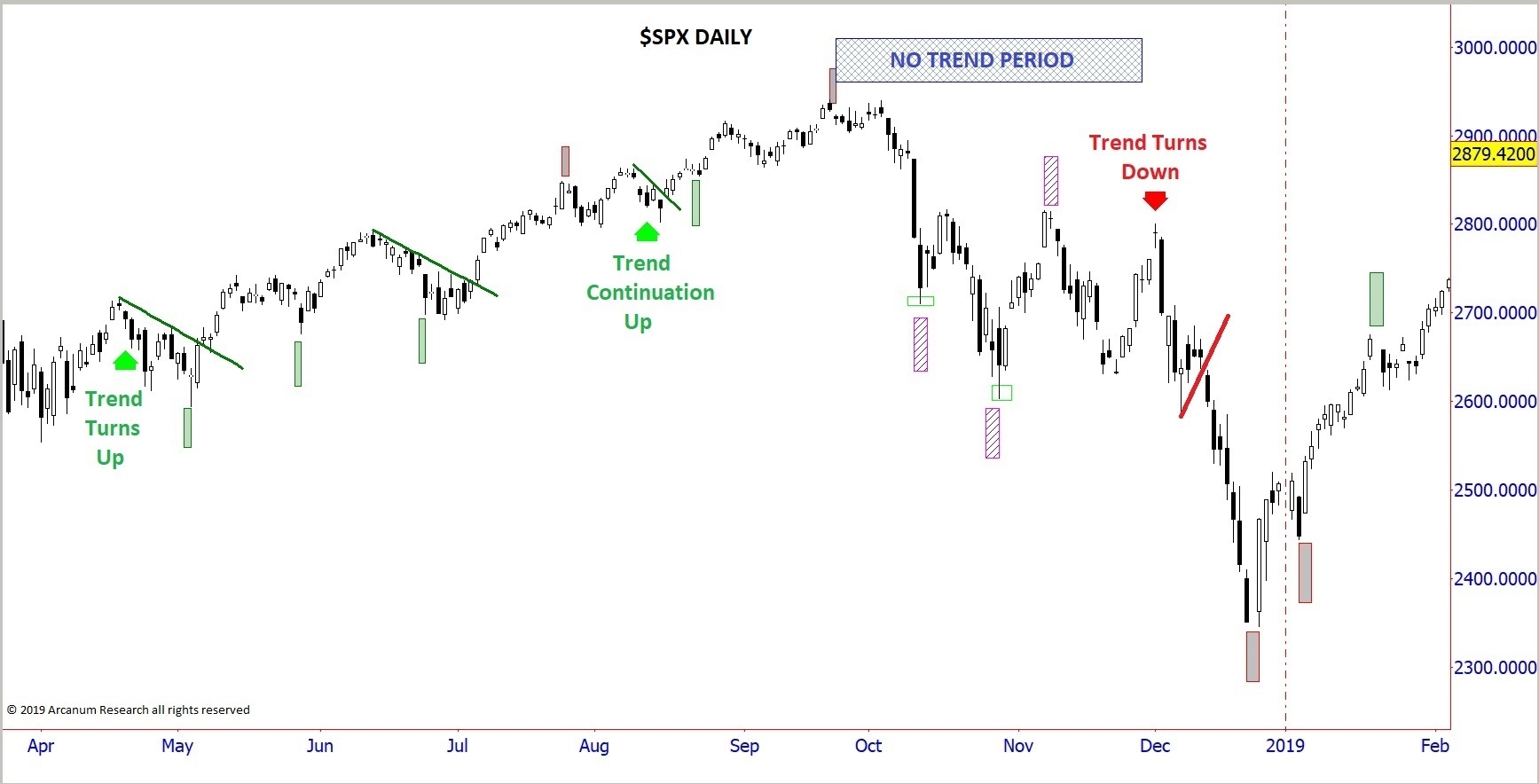 Email us at empire@tradingqwdgann.com or call 312-532-2116 to signal your interest in Empire.