W. D. Gann saw price and time as different dimensions of the same property. His trick was to "normalize" the chart data so that time and price were proportional to each other and moved in unison. He did this with plastic overlays to his charts that he later discarded for secrecy.

W. D. Gann actually had several methods of forecasting and confirming market turns. His mastery came by determining which type to use on a particular market.

Once your market's proportion is found and the data normalized, sacred geometrical shapes like sqaures, circles, and right triangles all can be used to forecast future turns, lows, and highs based on attaching them to past price patterns.

In the expandable scroll-through daily charts of the SP 500 below, we will use squares. Notice how we attach the left square side to a pullback. Because the price and time is balanced on the chart data, the forward jutting corner of the squares then accurately forecast future high and low turns. The following gallery contains two images. 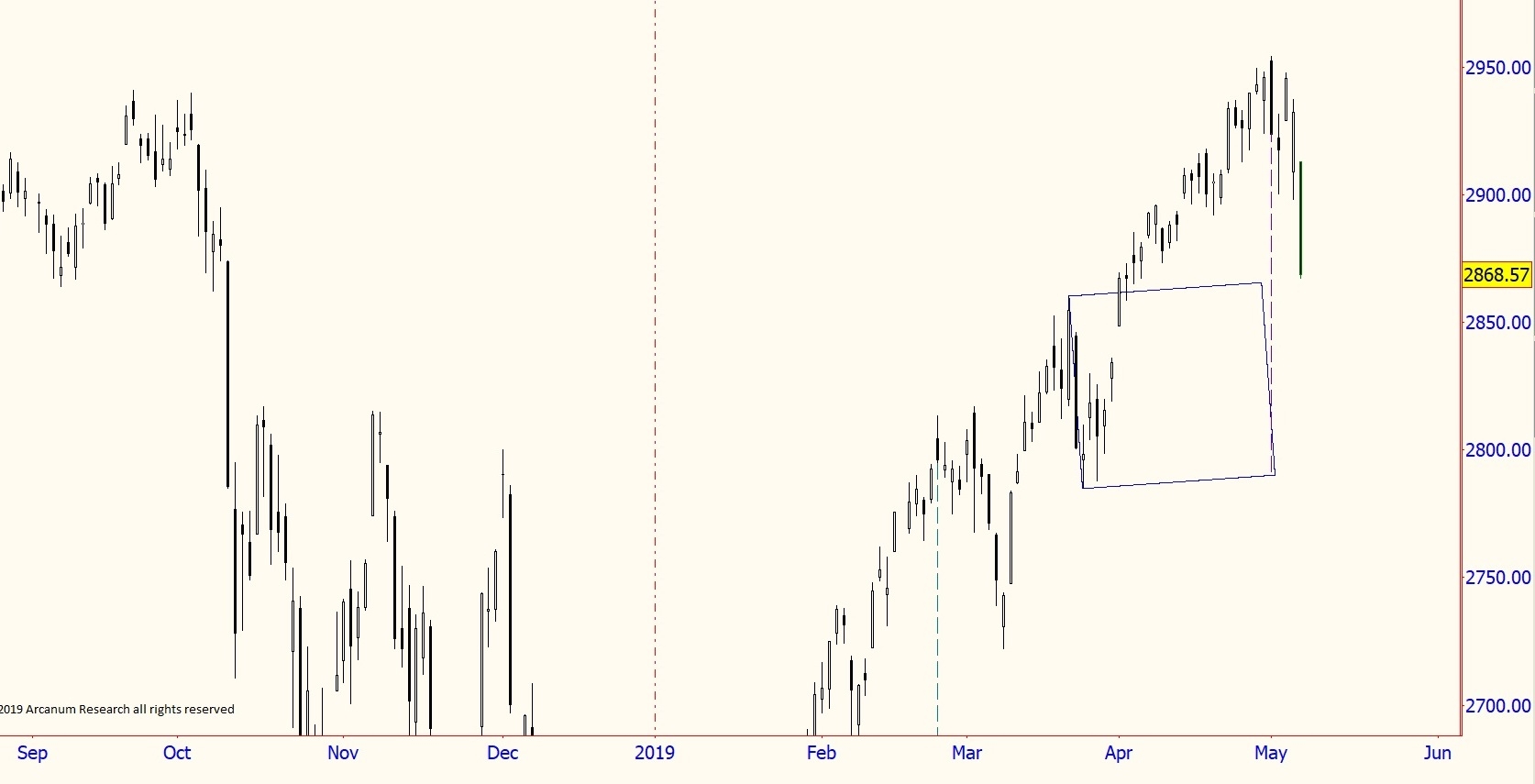 Not only will this geometric technical analysis work with any sacred geometric shape, like a right triangle, but it also works on all timeframes, from intraday to weekly. The trick is using Gann's formula to normalize the data for your particular market and timeframe. This is just one of dozens of techniques taught in its entirety in our "Magic In The Markets" Course. 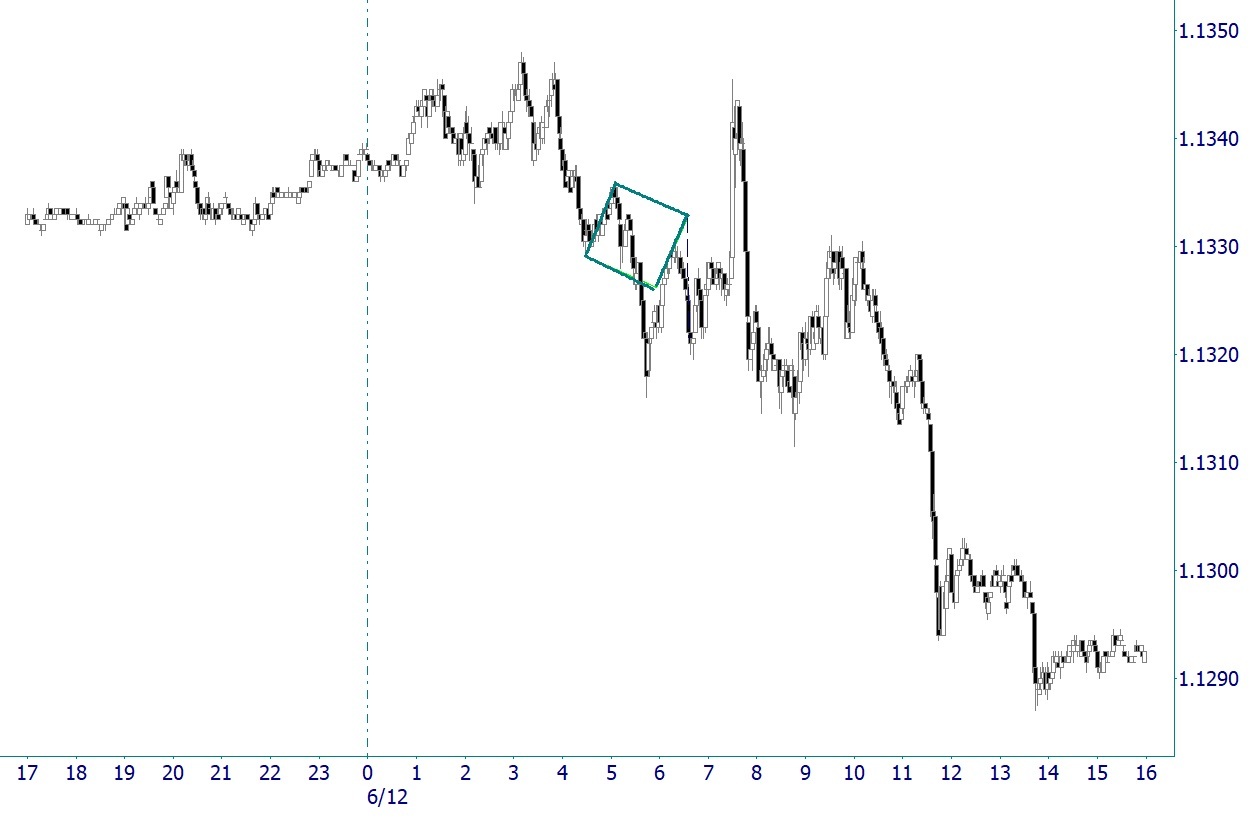 Forex anyone? The four pictures in the scrolling gallery above displays the same Gann Price/Time Chart Square on 6E intraday futures, 2min timeframe. Notice how the leading edge of the squares catch all the turns when placed on pullbacks- this time in a decline.