In this exclusive webinar, D’mitri D. Richardson, CMT, jumps right into the actual Law of Vibration price projections that guided our clients during the latest Black Swan. Made available to our Empire Newsletter subscribers and Gann alumn in advance of market legs down, rarely have we delved this deeply into these actual price targets and bounce levels in a public webinar.

In the chapter of W. D. Gann’s ‘Tunnel Thru The Air‘ labeled, “Robert Gordon’s 7 Days,” Gann ties these price projections together with a large cycle, forecast, and a few of his best techniques to demo how he really traded. We demonstrate them on this recent COVID-19 Black Swan.

Included will be a review and dissection of W. D. Gann’s forecasting technique, spotlighting the ‘Tunnel Thru The Air’ chapter and prose where Gann explains forecasting curves #1 and #2.

Then we will explain the difference between a Cycle-Of-Repetition and Cycle-of-Progression, and appraise Gann’s cycles through the last few volatile months.

Rounding things off, for years many have asked us about off-beat, non-market-related esoterica associated with Gann. We’ve stayed away- but this Black Swan has a certain signature to it, and the devil doesn’t sign with a pen.  So we’ll sneak a peek at our work with the John Titor Prophecies and “DeMolay Numbers” to see shed any light on this present event. 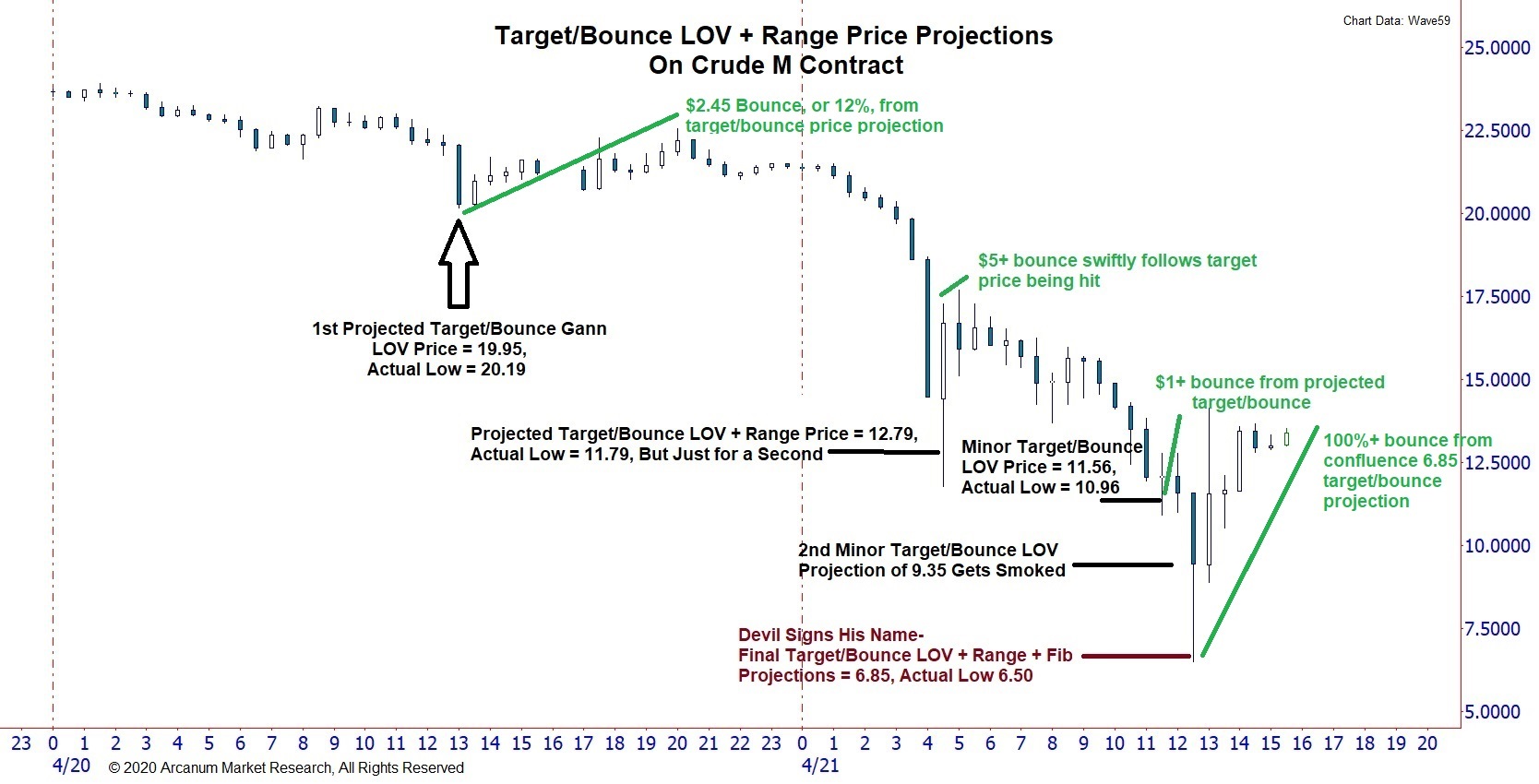 This webinar will once and for all dispel any assumptions that Gann’s writings were just ONLY plain, literal market advice. In fact, the genius of how Gann wrote was that he elaborately veiled his true trading methods into prose that doubled as sound market advice.

Gann’s public writings were also designed to be reminders and summaries for students who had previously received Gann’s true methods through oral teaching. This webinar will take you through the entire process of how D’mitri Richardson, CMT, blends the science of literary exegesis with market back-testing that proves Gann’s real methods. Included will be an outline of the true subject matter of each of W. D. Gann’s volumes, keys to unlocking various types of ‘coding,’ and never-before-seen examples of decoded methods applied to recent, real market conditions.

“Decoding Gann” is particularly fitting for long time Gann aficionados who’ve previously tried to lift the veil on Gann’s teaching themselves. We will also follow, in detail, the trail Gann points to where he directs readers to the finer points of his methods that were chronicled by Theosophical writers of his time. These were books on his infamous “reading list.”

Registering for this webinar is free! “Decoding W. D. Gann” will NOT be recorded, and will only be broadcast live at 3pm CST on Wednesday, January 22nd, 2020. 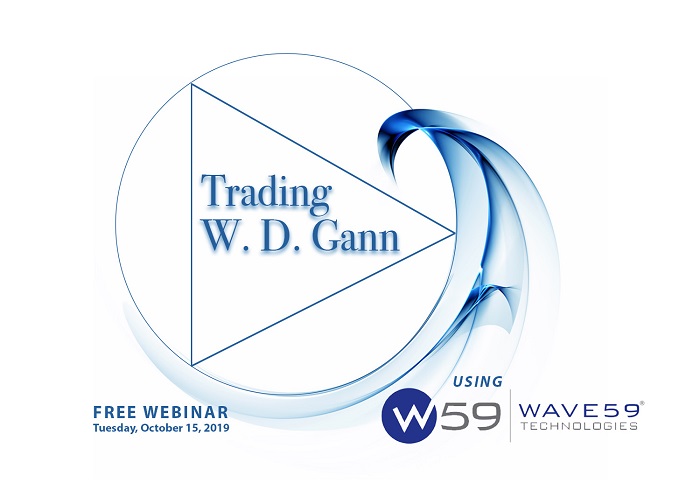 The similarities of Wave59 to the ways Gann set up his charts allows you to replicate Gann’s cycles, market geometry, turn times, the Arcana Trend Machine, or Gann Fans in a way that matches the way Gann charted the markets.

We’ll start with a quick “how to” guide to get up and running with the software, and then quickly get into the Gann. Along the way, we will weave in some background details of Gann’s most powerful techniques, while dropping some great nuggets about Gann’s secrets.  To conclude, Wave59 adds some proprietary and technically superior indicators like the 9-5 Count, Smart Money Index, and Ultra-Smooth Momentum. These can be integrated into own trading plan as well as Gann’s methods. We have no financial relationship with Wave59.

Registering for this webinar is free! Webinar will not be recorded. The webinar will only be broadcast live at 3pm CST on Tuesday, October 15th. 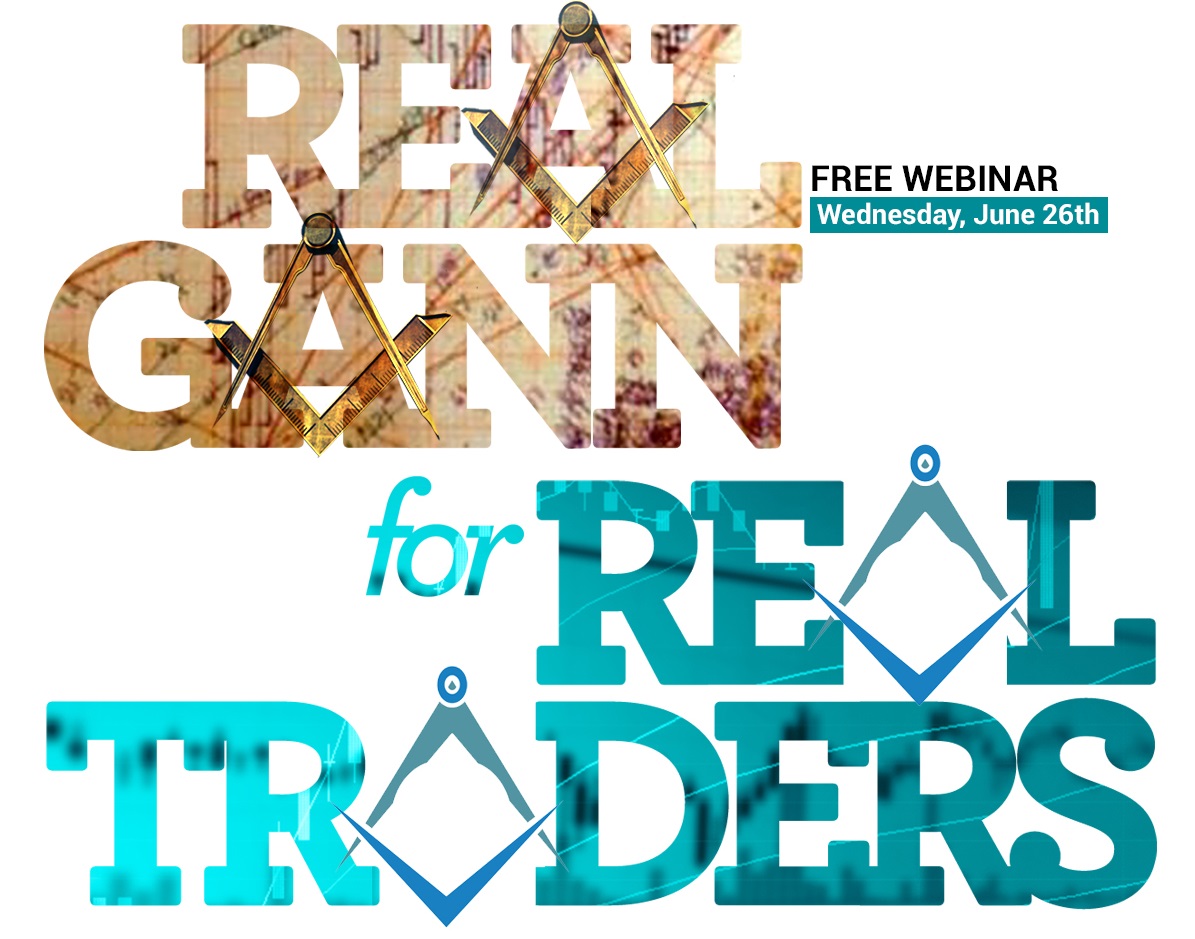 These Gann techniques are based on exogenous data outside of financial markets, and can’t be found in conventional technical analysis. Real examples will include using Gann for predicting the duration and direction of trend for Momentum Traders, distinguishing a pullback from a change in market direction for Relative Strength Traders, forecasting the maximum range of a market run for Trend Followers, forecasting turn, top and bottom times for Elliot Wave Traders, and using cycles to pinpoint entries and exits for Market Timers.

The webinar was last broadcast live on Wednesday, June 26th. We do not record our webinars.

Welcome to WordPress. This is your first post. Edit or delete it, then start blogging!