In W. D. Gann's 'Stock Market Course' he introduces us to his "Mechanical Method," or the 'Overnight Chart.' Gann further elaborates on the method applied to ags in his 'The Commodities Course.' 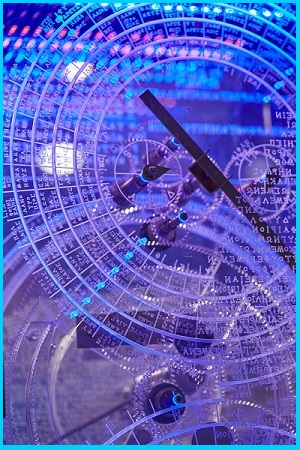 Later in life, Gann becomes a bit frustrated that his students were straining to learn the more intricate astro-based techniques in 'The Truth of The Stock Tape,' and 'The Tunnel Thru The Air.' The older he grew, the more he would emphasize this simpler but ingenious 'Mechanical' Method.

The Mechanical Method wows you once it is unlocked. Inside of Gann’s wonderful discovery is found timeless principles measuring supply, demand, and near-term market direction over a couple days. To see a picture of it, it simply looks like a bunch of random entries and exits on a chart. But the back-testing tells another story. We had to repeat it over and over by hand, because it looks too good to be true. These Mechanical methods are taught in their entirety in our "W. D. GANN: MAGIC IN THE MARKETS" Training. 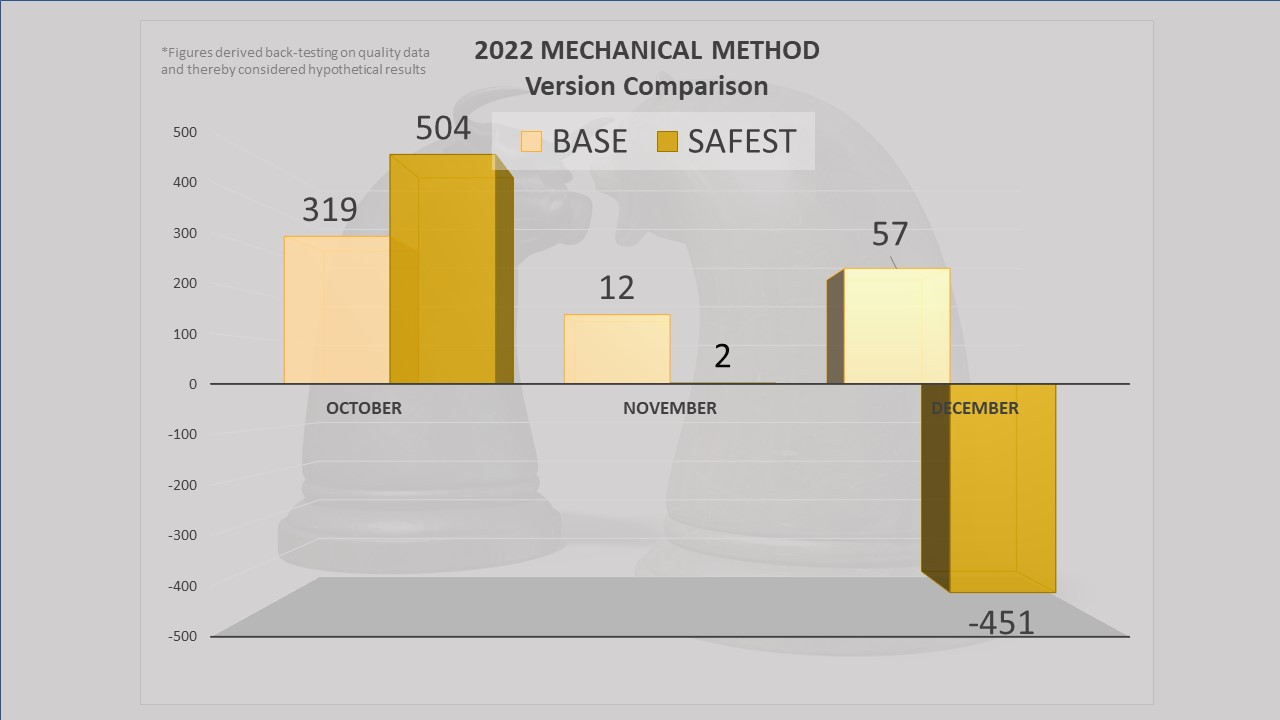 Because W. D. Gann taught to both professional traders who had access to the floor data in additional to retail investors, Gann organized different ways to trade the Mechanical Method. Gann delineates another variant which he earmarked the "Safest" method.

Pictured are the results for the 2020, 2021, and 2022 (so far this year) back-testing of Mechanical Method of the ES with just 1 contract per signal and 1 contract for runner trades. Results compare Gann's 'Basic' Mechanical Method with his 'Safest.' We have the actual trade diaries going back to 2017 proving these results are consistent. The column numbers represent net point return per month. We would advise shaving 10% off the profitability for slippage. 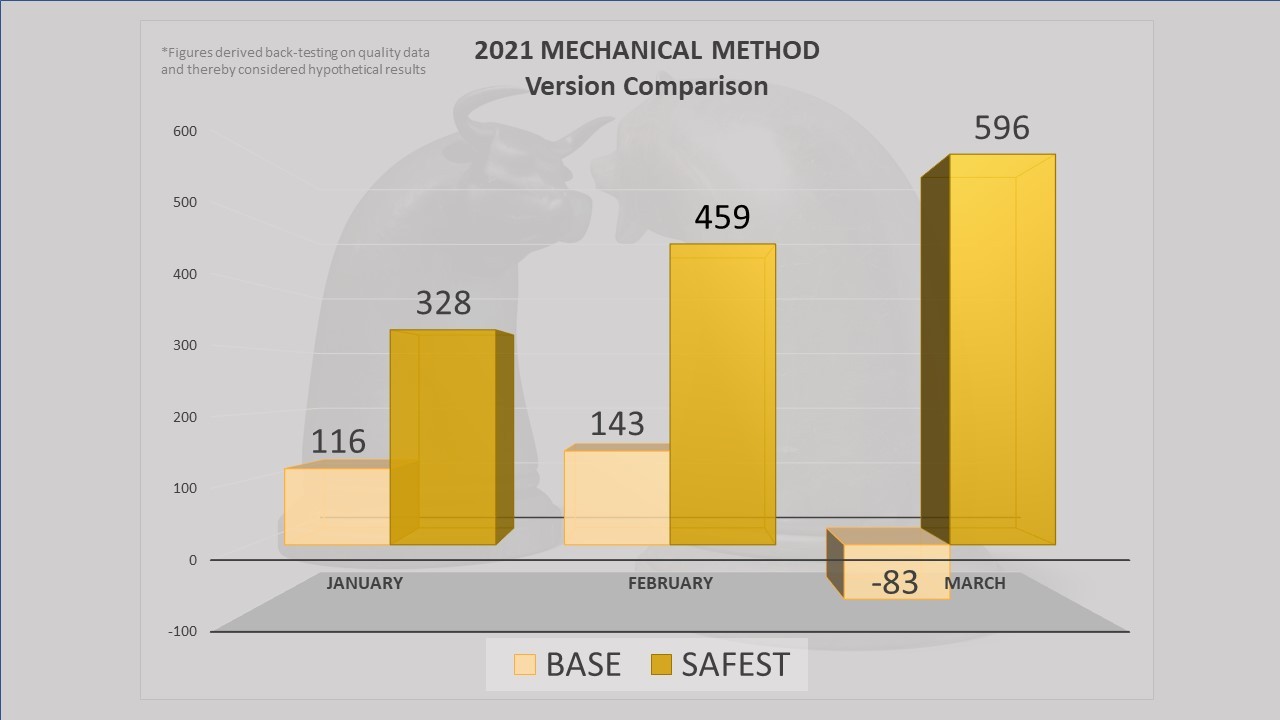 The Mechanical Method labelled 'Basic' in these panels is the basic method Gann first describes and gives example trades of. The column 'Safest' was the method where Gann added pullback buying, multiple signal entry, and further safeguards which qualified entries. 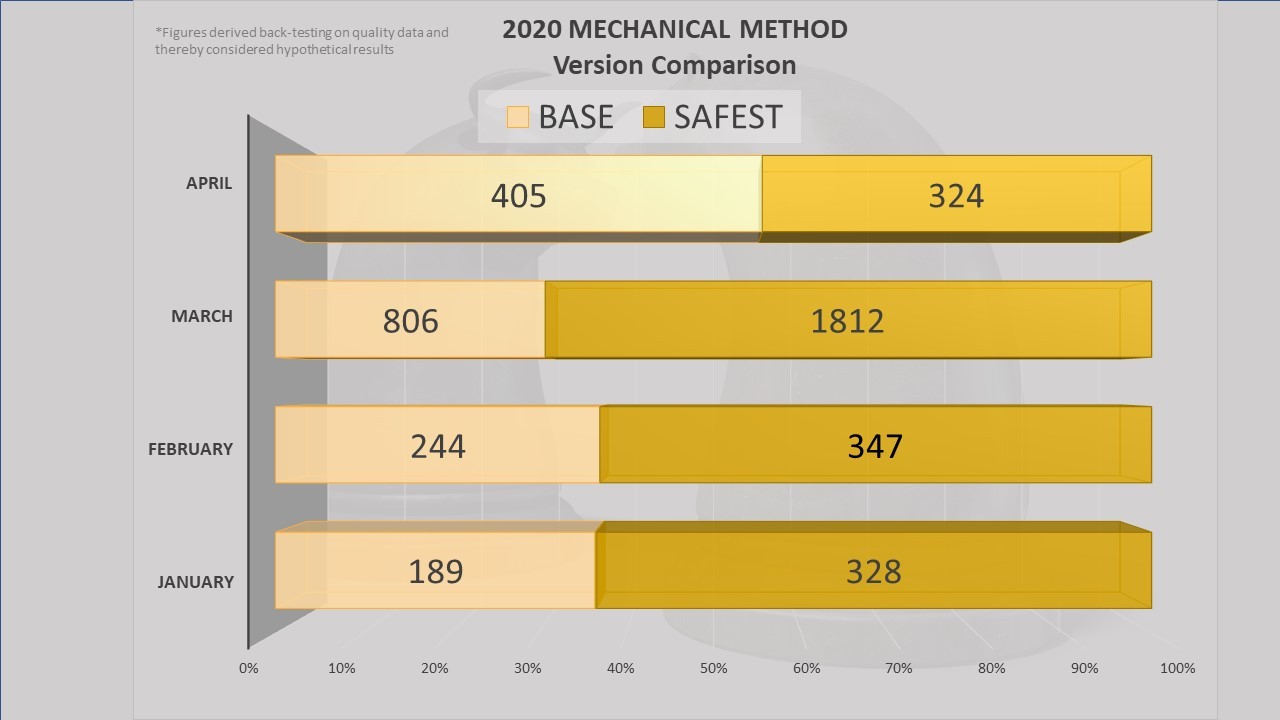 Gann gave the 'Basic' method to traders who has less access to market data and wanted fewer trades. "Basic' includes more double-reverse stops which could be handled by brokers in the 1940's and 50's. While the 'Basic' method waits until previous trades play out before entering anew, the 'Safest' method enters more lots on each new signal of the same direction. 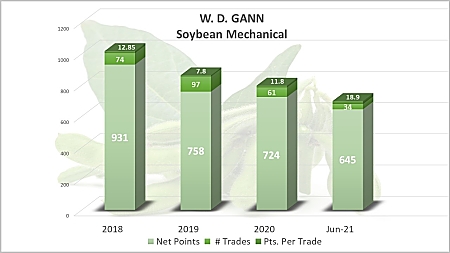 February 3rd, ONLINE
Taken by traders and analysists from some of the largest financial houses across the globe, “Magic In The Markets” covers the entire catalogue of W. D. Gann’s original technical analysis and trading methods.
MORE

The “Magic In The Markets” course exegetes and replicates, as accurately as possible, the original technical analysis, strategies, and market techniques of the late W. D. Gann; and not necessarily the exact trading methods of course presenter or any other individual or entity. You may not be able to duplicate the results of W. D. Gann for many reasons, including, but not limited to, skill of the individual and the changes in financial markets since Gann wrote about them. Recipients of this course receive hypothetical, back–tested data and not actual trading results. Technical analysis, indicators, strategies, and market techniques, including any descriptions or evaluations of their performance, included in this course and displayed on this website, are described and evaluated based on hypothetical back-testing, and not the actual trades or earnings of any individual or entity. Course includes far more applications to market instruments and time frames than the presenter can possibly implement. Course author & presenter has sources of income in addition to his work with financial markets. In any and all descriptions of this course, or any information displayed on this website, no individual or entity, including past clients or course presenter, “hold themselves out” as achieving any level of success trading or amassing any level of wealth or income derived from any course offered on this website or any or all of the information displayed on this website.