The magic behind W. D. Gann’s trading methods came from his esoteric system of astro-numerology. However, Gann had developed several “mechanical methods” that could be applied to a chart to confirm esoteric changes in trend and turn times. He would make these available to his students in simplified form. In this webinar we look carefully at Gann’s actual trades and charts and then applies Gann’s trading confirmation signals to modern markets to illustrate how Gann not only assembled his system, but also how he entered and exited his trades. 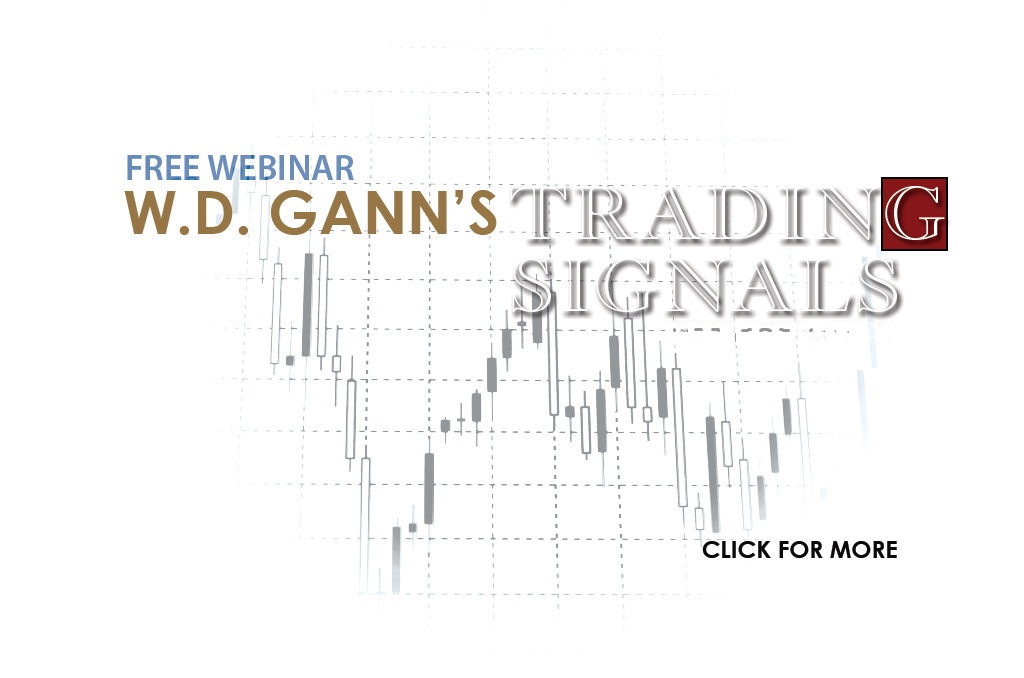 This organizational shell of swing charts, targets, stop losses, fans and trendlines applied to the chart was where the “rubber meets the road” when you trade with Gann’s system. Even if you have taken our “Magic In The Markets” Couse this webinar presents the opportunity to organize, apply, and confirm the esoteric leading indicators that drove Gann’s system.

Many traders try to use the swing charts, scaling, numbered squares, and Gann Fans as W. D. Gann illustrated them in his books. The result is always the same: they don’t work or achieve limited success. This is because Gann’s chart based methods worked in a different manner than he showed people, and were used as confirmations of the underlying esoteric trading formulas for trend, turns, and price.

Though this unique webinar is free it will contain never-before published analysis and application of Gann methods and information others have charged thousands for. Included will be…

This webinar was live broadcast-only on WEDNESDAY, MAY 17. please check this page from time-to-time for next broadcast date in late 2017. For more on the cryptic trading methods of W. D. Gann, see our “W. D. Gann: Magic In The Markets” Course.