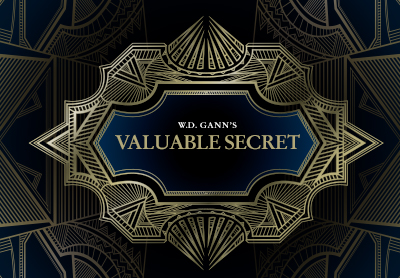 W. D. Gann claimed that his 1927 novel, “The Tunnel Thru The Air” included a “valuable secret” cloaked in a “veiled language.” While decoding other theosophical works from Gann’s time, we stumbled upon other works which contained the entire coded manual for this ‘secret.’ Gann adapted this orphic practice to predicting the financial markets, but most of the successful people who founded and shaped our nation and modern society personally applied this practice to their lives. Even today it is secretly practiced by the movers and shakers of the world.

Though there will be fewer trading applications in this webinar, differentiating between the personal use and the trading application of this “Arcana” is necessary for the Gann enthusiast who is decoding his works. W. D. Gann also considered the personal application of this secret essential market psychology that tuned the trader’s vibration to the markets and prevented self- sabotage. D’mitri will include pointing you to finding the ‘secret’ for yourself that can be practiced in any field.

In his books “The Truth of The Stock Tape” and “How To Make Profits In Commodities,” W. D. Gann talked about a psychological “time of preparation” where a trader would tune his or her vibration to the market before trading. Gann further warned that if this step were skipped, the trader would procrastinate, over trade, and fail to follow even the best rules or trading system. So even if a trader had a fool-proof trading system, they still might fail to profit from it because they were ‘out of tune’ with the markets, and would be prevented from making money by the Law Of Vibration.

If it seems to you that some invisible force has prevented you from syncing up with the market, this webinar may be for you. Some symptoms of being ‘out of tune’ with the markets include: computer malfunctions when you attempt trade execution, typing in wrong order size, hitting the ‘sell’ button instead of the ‘buy’ button, missing trade opportunities due to personal situations and scheduling conflicts, and beginning a new trading system right as the markets tank on sudden news.

The ‘Valuable Secret” is included in the W. D. Gann “MAGIC IN THE MARKETS” course and subsequent follow up.